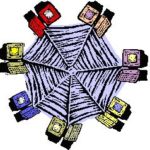 Here are some good TS links that either I have run across or else someone else in our group recommends.  Sites come and go and web addresses change. If you find something that no longer works, please drop me a line and let me know so I can update the link or remove it.  You will find groupings of inactive links below. This is for information/reference purposes.  A fun tool to use is the WayBack Machine where you can use the link reference to go back and see what the site used to look like at various times before it was taken down.

Air Force – US Air Force link.
Arms Site – Selected companies, but some good ones. IMI, Glock, H&K, SIG, Steyr, Walther to name a few.
Enemy Forces.com – Primarily features Russian weapons, but has a mix of others.
Army Technology -This link has all kinds of good stuff about different weapons and weapons systems.
ATF – Alcohol, Tobacco, & Firearms link.
Berreta USA – Home page of this firearm manufacturer.
The British Army – Home page of the British Army.
The British Royal Air Force – Home page of the British Royal Air Force. The links page is probably the best one of the lot.
The British Royal Navy – Home page of the British Royal Navy.
CIA – Central Intelligence Agency link.
Colt – Home page of the huge manufacturer of weapons.
Dan Wesson – Home page of the other half of Smith & Wesson 🙂 Apparently now owned by CZ-USA.
Defense Review – Nifty site loaded with lots of stuff that we’ve not had time to explore.
Delta Force – Home page of the superlative special fighting force of the United States.
DOJ – United States Department of Justice home page.
FBI – Federal Bureau of Investigation home page.
Federation of American Scientists – A site recommended by one of the players.
FirearmsID.com – Interesting site that has a page of links to weapons pictures. The links are to the site listed below SecurityArms.
Gentron – Stumbled upon this site in Sept. 2019. Check out the Database link on the page. Takes you to a “Handgun” database for informational purposes only.
Global Security.org – Site recommended by one of the players. Lots of good information here too.
Guns & Ammo – This is the site of the magazine that was so much inspiration to many of the guns designed in our game.  As of February 2019, the home page has a link to “Guns” and then sub-categories of All, Rifles, Handguns, & Shotguns. There are featured articles and a search box that pulls up a lot of info on a specific weapon.
Heckler & Koch – “When only the best will do. . . ” to quote a TS Dragon® article.
Henry – Manufacturer’s website. Some good pictures here also!
IMOA – International Molybdenum Association.
Israeli Weapons – The other two Israeli sites that were on this page have been removed. One is no more, the other is a paid site.
Jerry Ahern – This website is from the author of one of my favorite series of men’s adventure books, “They Call Me the Mercenary”. Neat insight into an author.
Little Gun – Site that appears to be hosted in France. This site was down for awhile but now appears to be back up at a slightly different web address. Nifty site that seems to have some obscure weapons.
Phoenix Defence.com – This interesting site used to be called “Long Mountain Outfitters, LLC” and had a section on weapons used in movies. There was a tab at the top of the original webpage a while back called “Fun Photo’s” which had interesting videos and info on different and unusual weapons.  Although this site now is interesting, I would also suggest using the Internet Archive WayBack Machine and, for example, pull up snapshots from March 2007 and you can get a flavor of what used to be on this website.
Magnum Research Inc. – One of my favorite sites since it features one of my favorite handguns! Turn up your speakers!
Modern Firearms and Ammunition -This site has a lot of good pictures of weapons. Probably one of the best sites out there for weapons pictures and information. In a recent visit in February 2019, the overall look of the site has changed. Info is still there but you need to look for things in a different manner.
Moviebadgirls.com – If you like women and guns then this is the site for you!
Notebook of Modern Firearms – This site is a pretty slick looking site that has lots of weapon pictures and information. Site is designed for the roleplayer in mind.
NRA – Take action to protect your Second Amendment rights!!
NRA National Firearms Museum – If you ever get to the Washington DC area, make sure you head over to NRA headquarters in Fairfax, Virginia and visit this museum. At the time of this writing, the admission price is right (FREE!) and if you are a firearms fan, plan to spend a couple hours there.
Only The Best Firearms – Newer site we’ve discovered that has some awesome pictures and movies of folks shooting weapons.
Remington – Manufacturer’s website. Pretty good in that it contains a section where you can look at pictures of specific weapons.
Security Arms – This link has plenty of pictures of different weapons. Good site but a little flaky at times.
Sniper – This is an interesting/different site.
Sniper Central – Not to be confused with the other sniper website listed above.
Strategy Page – Cool up-to-date site with a ton of information to look over.
Tactical Gear – Cool website from the magazine with the same name. Interesting stuff.
The Box O’ Truth – As it says on the homepage, “The purpose of the Box is to test the penetration of various rounds.”

THE Administrator, Merle Rasmussen, has come out of retirement and has made some appearances!! He attended and ran a previously unpublished TS module at GaryCon VI called Operation: Rendezvous Oasis. This mission has now been published in Gygax Magazine™, sold at TSR Inc., issue #4. To the right is an image of Merle along with some other players at the convention. Merle is in the red shirt. Click on image to see a larger picture.

In addition, there is a fantastic interview of Mr. Rasmussen on a website called “Dead Games Society”. The interview is in audio form and is a bit over an hour in length but it is well worth the time to listen to it if you are a hard-core Top Secret™ fan! Here is the link to the interview, Episode #7: The Rasmussen Debrief. During this interview Merle mentions that at the Nexus Game Fair, he ran a mission called Operation: Machete and that he also ran a prequel mission to Operation:Rendezvous Oasis. This prequel mission had a working title of Operation: Evil Axis but he changed the name to Operation: A Farewell to Arms. As of July 2014, none of these additional missions has been published anywhere.

A Nation of Riflemen – Pretty cool site. Check out some links at the top of the homepage called “Gun Pics” and “Weekend Women”. ESPECIALLY Weekend Women!
Aircraft Armament Systems – Just what it says it is!
Bren Ten.com – It is what it says it is. Pretty cool site loaded with 10mm information. No longer active as of 2/14/19.
Nasog.net – A good site for information on items ranging from ships, planes, weapons, etc. No pictures but has the all important barrel length information on weapons for use with the Gun Design rules. (http://www.nasog.net/datasheets/index.htm). Site is no longer active.
Small Arms Illustrated – This link has lots of pictures but no information about specific weapons. You need to know the country of origin in order to find a specific weapon.
Stonyland- This is a sweet link for the fans of the Mack Bolan books. For a little while, there was a series that ran on the back covers of the books that featured certain weapons systems. As far as I can tell, this link has all of those. (http://stonyland.stormy-night.org/stonyland/weapons.html). Site is no longer active.